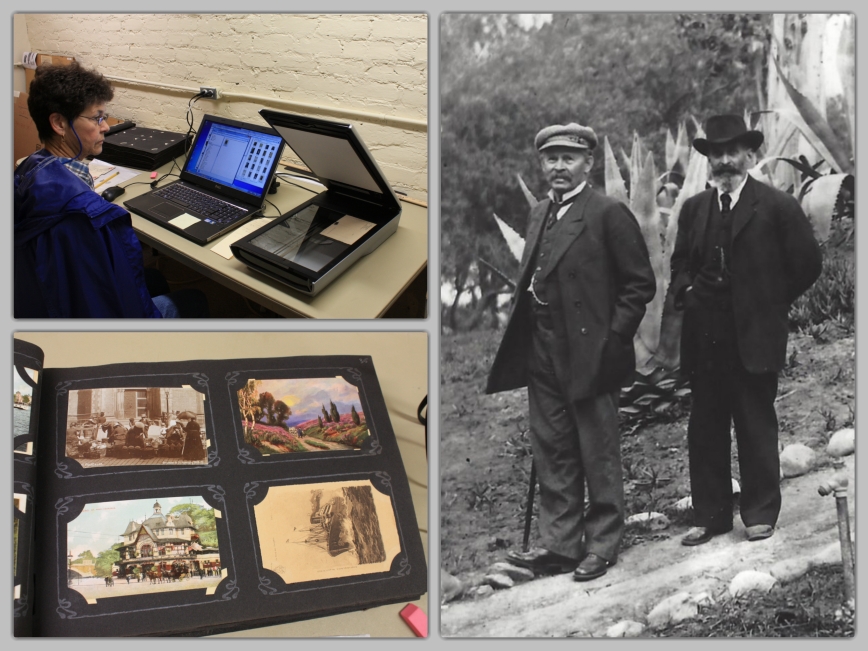 Back in the 1890s, Louis Schmidt headed up the construction of the original Capital Brewing Company (later renamed as Olympia Brewing) at the base of Tumwater Falls. Today, Louis’s great-granddaughter Connie Sweetman is back in Tumwater as a volunteer in our extensive Archives.

Some years ago, Connie was involved with activities at the Schmidt House and noticed that the archival collection needed help. Corporate papers, photographs, company ledgers and other documents from the Olympia Brewery had been brought over to the Schmidt House when the brewery was sold to outside interests. Although attempts at organizing the collection had been made, the papers were still in disarray.

Connie conceived and implemented the idea of a challenge grant to raise money for organizing and preserving the records. She made the first financial donation and challenged others in the family and the Olympia Tumwater Foundation to come up with matching funds, all of which would be used to safeguard the rich legacy left by the Schmidts and their business. The grant idea worked, and became the nucleus of today’s Schmidt House Archives, most of which resides in a climate-controlled room in the basement of the house.

In the intervening years, Connie was very busy with her dual careers of nursing and teaching. She became interested in genealogy, and was an active volunteer for the LDS Family History Center at Federal Way, WA. But a few months ago, she renewed her interest in the Schmidt House and asked if she might volunteer with us. The answer was a resounding yes!

Connie drives down from Graham once a week and spends the entire day with us, tending to various archival projects. She’s already finished organizing the hundreds of Oly Brewing Company employee newsletters which are a great source of info about the brewery and its personnel, and date back to the 1940s.

Connie’s current project deals with digitizing a hefty postcard album created by Adolph Schmidt, Sr. in the early years of the 20th century. As these photos show, Connie removes a postcard from the album, numbers the postcard with a unique ID number, scans the front and back, and tags the scanned images with the appropriate ID. Later, these images will be added to our PastPerfect museum software database, along with a full description of each postcard. We plan to eventually put all of these images online.

Connie is energetic, vibrant, sociable, and knows a tremendous amount about Schmidt family genealogy. (She has hundreds of pages of genealogical info at her home, and has visited many of the German towns where branches of the family once lived.) Here at the Archives, she’s very dedicated, likes to finish projects she’s started, and is careful with the documents she handles. She’s also having fun looking through Schmidt-related info, so it’s a win-win situation for both sides. Thanks so much, Connie, for sharing your time and expertise with us!

One thought on “SCHMIDT DESCENDANT RETURNS AS ARCHIVES VOLUNTEER”